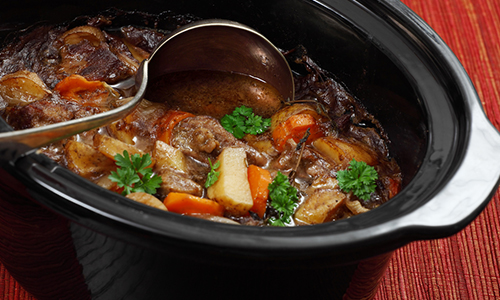 If you spend most of the day working or looking after the kids, then investing in an electric cooker will be THE single best thing you ever do - they’re also great if you like entertaining family or friends. Both slow cookers and electric pressure cookers have the handy “set it and forget it” function which allows you to shove everything in and leave it to cook, whilst you put your feet up or get on with your day.

Just because you’ve thought about buying a slow cooker, doesn't mean you should disregard modern electric pressure cookers – don’t be put off by the infamous dangers of the early stove top pressure cookers. These guys are completely upgraded and safer, most have up to 10 preset cooking functions and countless safety features to prevent anything going wrong.

Take a look at the pros and cons to make up your own mind about buying slow cookers or electric pressure cookers.

Slow Cookers (also known as crock pots), use moist heat to cook food at a low temperature over a looooong period of time. Covered with a lid (usually transparent) and, depending on the recipe, requires a little stirring. Overall it’s a pretty easy to use appliance which can cook soup, stews, casseroles, vegetables, meat, fish, bread and even desserts. 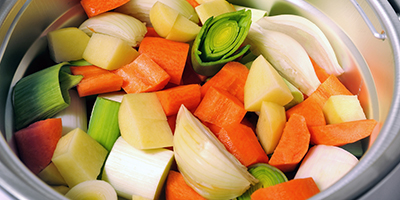 Set it and forget it: set in the morning to cook throughout the day ready for stress free evening meals.

One pot cooking: chuck all the ingredients in for less washing up.

Safe cooking: with a simple built in heating element

Efficient: uses less electricity than an electric hob or oven.

Healthy and low fat: food cooks in its own liquids so you won’t need to add oils or fats.

Simple functions: easy to use with only two or three settings of low, medium and high.

See what’s cooking: most models have a transparent lid to check on food.

Available in different sizes: great for meals for one or catering for family parties.

Not very tasty: the best tasting recipes require meat to be browned or veg to be caramelized which (without high temperatures) can’t be done in most slow cookers, you’ll need separate pans which means more washing up.

Requires planning: deciding what’s for tea before you’ve even had breakfast!

Not ideal for vegetarians: veg and beans can lose their flavour and nutrients after long cooking periods.

Why are we waiting: takes a long time to cook.

Not so efficient: plugged in for a long period of time so technically uses more electricity than an electric pressure cooker.

Tick tock: many don’t have a built in timer.

Don’t forget it: you’ll have to turn it up or down if it needs more or less heat.

Slow cookers are perfect if you want to put your feet up and cook meaty dishes over a long period of time. But you might want to look at electric pressure cookers if you don't like planning your meals in advance or prefer tasty food with minimal washing up.

With electric pressure cookers everything is sealed inside the cooking pot and as the liquid heats up steam forms and creates pressure. As the pressure builds it creates high temperatures to cook the food faster and force liquid into the food to help it become more tender. Cook just about anything from veg and grains to meat and fish, whilst reducing the cooking times of frozen food like chicken breasts and dried food like rice and pulses. 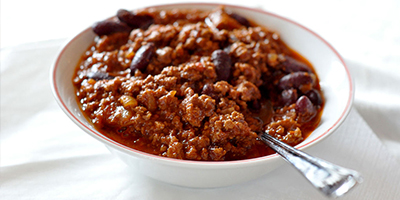 Set it and forget it: no need to stir, change the temperature or pressure.

No planning required: decide what you fancy to eat.

Or maybe you like to plan: many have a delayed time feature to set before you go to work and have food ready for when you come home.

Cooks faster: throw ingredients in and serve most food within half an hour.

Best for vegetarians: retains flavour and shape of veg, beans and pulses without turning them to mush.

Compact kitchens: can fit in smaller kitchens but still hold up to 8 litres of food.

Tick tock: built in timer to alert you when food is ready.

One pot cooking: keep the lid off to brown meat and sauté veg in the aluminium or stainless steel cooking pot, hooray to no separate pans and less washing up.

Not so simple: because they are so versatile some models have up to 10 different cooking functions compared to slow cookers which simply have low, medium and high settings.

Where is it: food is sealed inside the cooker so you can’t see or taste as it cooks

Lid problems: after cooking the lid must be carefully cleaned to remove any bits of food

Electric pressure cookers are great for everyone whether you'd rather spend time with the family than hours in the kitchen or you're on a busy schedule. Plus everything can be cooked in the one pot, brown meat and fry veg for extra flavour before sealing the lid - no extra pans which means less washing up!

It all boils down to which cooker makes your life easier because both are great for braising and stewing tough cuts of meat, creating one pot meals and making cooking big meals easier. But each have functions that might not be right for you.